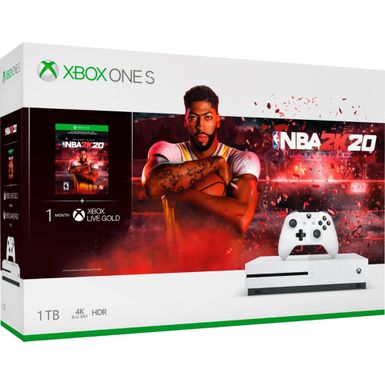 Order the Xbox One S NBA 2K20 bundle, and experience the game that's creating what's next in basketball culture. Join the immersive, open-world Neighborhood and shoot hoops with the best ballers from around the world. Play in several groundbreaking game modes while experiencing perfect graphics and excellent player control. This bundle includes Xbox One S, a full-game download of NBA 2K20 and more. There has never been a better time to game with Xbox One. 6350265