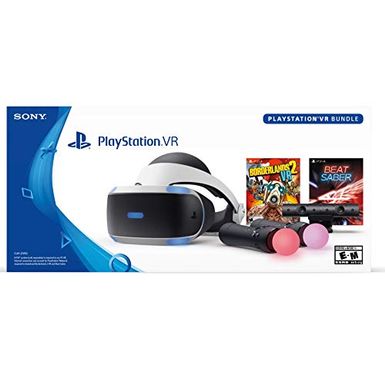 DISCOVER A NEW WORLD OF PLAY.

Your heart will race. Your pupils will dilate. Your instincts will kick in and take over as you discover new worlds. Fully immerse yourself in the experience, whether you want to slay mythical beasts, step into the boxing ring, survive the undead, or take on more than 200 incredible games and counting.1

Borderlands 2 VR
The iconic shooter-looter gets in your face! Virtually immerse yourself in the untamed world of Borderlands. Step into the boots of a treasure-seeking Vault Hunter armed with 87 bazillion guns on a quest to line your pockets with loot. Blast bandits with real-world aiming, punch psychos in the mouth, race across the desert in stolen bandit vehicles and free Pandora from Handsome Jack’s clutches!

PUT ON YOUR VIRTUAL BOOTS
Become one of four playable classes: Siren, Commando, Gunzerker and Assassin, each with unique skillsets and combat styles!

VIRTUALLY SLOW TIME
Use the new Slow-Mo ability to set up your next attack! Plus, with Teleport, glide across Pandora as gracefully as Claptrap, if he had grace.

Beat Saber
Feel the Rhythm – Lose yourself in the smoothest combination of music beats and visual effects in Beat Saber’s truly immersive gameplay.

Handcrafted Levels & Music – Unlike other rhythm games with generated content, levels and music in the game are made precisely by hand to emphasize the music experience.

Easy to Learn, Fun to Master – Everyone can understand the basic game principles, it's easy for anyone to pick up and play.

Rise Up the Global Leaderboards – Compete against other Beat Saberists around the world in several level difficulties.

Great Exercise – Exercise while dancing and slashing the beats, Beat Saber gets you moving.