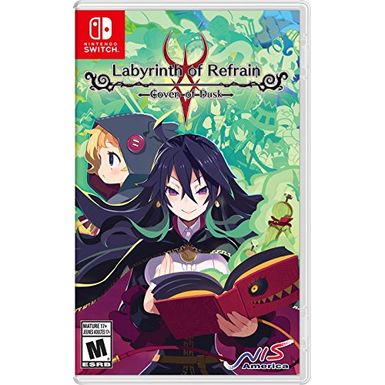 After a long journey, Dusk Witch Dronya and her young apprentice, Luca, arrive in the far-off town of Refrain. Masquerading as a simple traveling puppet show, Dronya's true goal lies at the town's center: the Well of Khalaza. It is said that this well leads to a sprawling labyrinth deep beneath the town that is filled with wondrous treasures...as well as vicious monsters, deadly traps, and a thick, poisonous fog. None who have entered the well have ever returned...with one exception. The one man to have successfully explored the labyrinth and come back alive wrote his findings in a book called the Tractatus de Monstrum. Now in possession of this very same book, Dronya seeks to use its knowledge and her brigade of enchanted puppet soldiers to conquer the labyrinth for herself...but to what end? What mysteries does the labyrinth hold? What dark secrets lie in the shadows of Refrain?