Due to demand, a shipping date cannot be provided at checkout, and Christmas delivery is not guaranteed. After you've placed your order, we will send you shipping updates as soon as they are available. Quantities are currently limited to only ONE per customer. 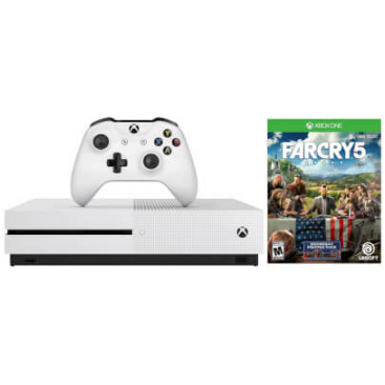 The Xbox One S isn't just slimmer and sleeker. It also has some added features for video and gameplay. You'll now be able to play Ultra HD Blu-ray Discs and stream video in 4K via content providers, such as Netflix and Amazon Video. The Xbox One S also supports High Dynamic Range (HDR) support for video and gaming, so you can experience rich, luminous colors in games such as Far Cry 5. With a higher contrast ratio, HDR brings out the visual depth of your games and media.