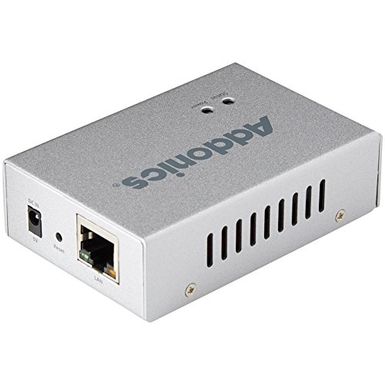 The NAS 4.0 is Addonics' NAS adapter with several major enhancements. Comes with two eSATAp ports that allows attaching either two eSATA or two USB 2.0 storage devices onto the LAN, as many as 16 storages devices (or drive volume) can be attached to the NAS 4.0 using USB hubs. With these many drives, you can easily share multi-Terabyte storage over LAN or build your own private cloud storage that can be accessed via the built-in FTP server. Performance of the NAS 4.0 is quadrupled from the previous NAS adapter to 75 Mbps over 1G network. Both the maximum number of SMB and FTP accounts as well as the concurrent users supported by the NAS 4.0 is vastly expanded to support over thousands and hundreds respectively. The NAS 4.0 also support storage devices with multiple partitions, with each partition appearing as a share folder on the network. The supported file system now includes XFS, EXT2, EXT3, EXT4, NTFS and FAT32. A very large storage in excess of hundreds or thousands of Terabytes storage capacity can be easily built by attaching multiple units of Addonics RAID Towers or RAID Racks. A storage farm with capacity exceeding many commercial data center can be easily put together at just a fraction of the cost of an enterprise storage system.