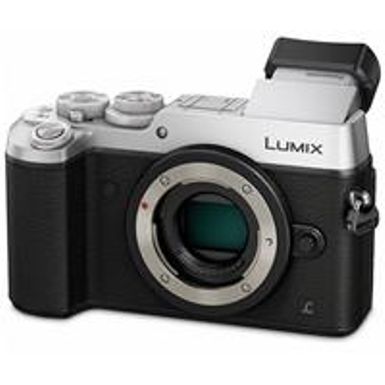 The DMC-GX8 integrates Dual I.S. (Image Stabilizer) for the first time in the LUMIX G series to gain powerful vibration correction. The Body I.S. and Lens I.S. can be switched in the LUMIX GX7 but both Body I.S. and Lens I.S. work at the same time to take maximum advantage of both stabilizers not only in wide angle but also with telephoto. Almost any type of vibration can be effectively suppressed with this innovative image stabilization system featuring max.3.5x (wide) / 1.5x (tele) wider correction angle. As a result, you can get a clear handheld shots in low-lit situations.

4K is the advanced definition of video imagery that boasts stunning detail. The LUMIX GX8 is capable of recording smooth, high-resolution QFHD 4K video in 3840x2160 at 30p(60Hz) or 24p in MP4. Taking advantage of 4K video recording performance, users can capture the photo opportunities at 30 fps in 8-megapixel equivalent resolution to save it as a 4K Photo. It is easy to get 4K photos with three 4K Photo modes; 4K Burst Shooting, 4K Burst S/S (Start/Stop) and 4K Pre-burst.

The LUMIX GX8 has a large, tilt-able LVF that boasts the highest ever magnification ratio of approx.1.54x / 0.77x (35mm camera equiv.) in the LUMIX G family of digital cameras. It also features 2,360K-dot high resolution and 100% field of view. High-precision, high-speed dual OLED (Organic Light-Emitting Diode) displays are adopted for

The Contrast AF System features DFD (Depth From Defocus) technology and excels in both speed and accuracy by exchanging the digital signal between the camera and the lens at max. 240 fps, resulting in ultra-fast auto focus of approx. 0.07 sec. A variety of extensive AF functions including Face/Eye Detection AF, Pinpoint AF, One-shot AF and advanced Low Light AF enhance usability for a variety of shooting situations.

Thanks to the connectivity of Wi-Fi? with NFC (Near Field Communication), users can connect the camera to their smartphone and/or tablet to expand the flexibility in shooting/storing/sharing images.

Last but not least, the LUMIX GX8 has a highly durable, rugged design of a magnesium alloy die cast frame and sleek, sophisticated exterior with a grip and finely machined dials. The LUMIX GX8 includes the best possible technologies that will allow both the advanced amateur and the professional shooter to capture their subject perfectly every time.