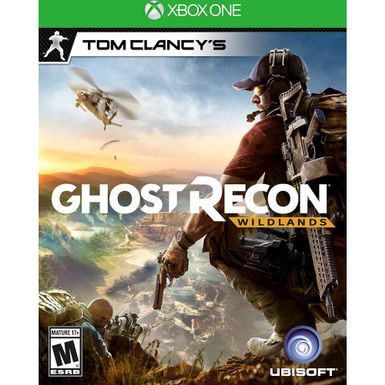 Ubisoft presents the Tom Clancy's Ghost Recon Wildlands War Within the Cartel bundle. An exclusive, the SteelBook includes Ken Taylor's original artwork depicting the leaders of the Santa Blanca cartel. Also included is the Santa Muerte figurine and Tom Clancy's Ghost Recon Wildlands Gold Edition, which includes the full game and season pass. Experience total freedom of choice in Tom Clancy's Ghost Recon Wildlands, the ultimate military shooter set in a massive open world setting. The Santa Blanca drug cartel has transformed the beautiful South American country of Bolivia into a perilous narco-state, leading to lawlessness, fear, and rampant violence. With its corrosive influence, the cartel continues to plague the citizens of Bolivia. But all hope is not lost. The Ghosts, an elite US special forces team, are tasked to combat the cartel and save the country from collapse. You decide how to play, and every decision affects the world around you.